Can we be Consciously Unbiased?

Implicit biases are associations between different concepts that develop over time, and influence us outside of our conscious awareness. The topic of implicit bias has entered mainstream conversation, and is the subject of discourse and debate. Some believe that implicit biases can be eliminated, and individuals can become consciously unbiased. Others suggest that implicit biases are impossible to change, and that attempting to recognize or manage biases is an exercise in futility.

Can we break our biased habits?

Since implicit biases exist outside our awareness, the first step to mitigating bias involves bringing them into conscious awareness. Several authors have described how bringing biases into awareness through exercises such as completing the implicit association test (IAT), and engaging in discussion and reflection may be useful. Yet, multiple studies also acknowledge that such activities may prompt negative reactions and defensive attitudes.

In our research, we found that offering individuals feedback about their biases has the potential to trigger powerful emotions such as guilt or shame. When we told health professionals that despite their best intentions, they have biases that can lead them to perpetuate discrimination and prejudice, this made them uncomfortable. Feedback about their implicit biases reminded them that they are not superhuman. Rather, that they have flaws, vulnerabilities and shortcomings. This created dissonance within an academic culture that often expects perfection.

Constantly striving to manage implicit bias within a culture that rewards and incentivizes high achievement has the potential to produce psychological distress. So, how can we break bias without breaking ourselves?

Teaching and learning about implicit biases represents a different way of thinking about health disparities. To be effective, implicit bias training should steer away from over-simplistic and dichotomous thinking about prejudice. For example, suggesting that having bias is bad and being unbiased is good can be problematic. Similarly, reducing individuals to being either biased or unbiased, perpetuates the problem.

The truth is that bias is normal. It can be helpful, or harmful. Our brains categorize and organize information using heuristics and biases all the time. Yet simultaneously, our implicit biases can also perpetuate health disparities for some of our most vulnerable patients. While addressing the harmful impact of biases is important and possible, it also requires shifting our mindset.

In a recently published study, we explored how teachers and learners manage the tensions that occur during the process of learning about implicit biases. We learned that recognizing implicit biases triggers compartmentalization between the ideal version of ourselves, and who we truly are. This work suggests that successfully managing implicit biases requires reconciling these tensions through striving for the ideal, while accepting the actual. Safe and supportive relationships between teachers and learners were also considered essential to enacting the process of “striving while accepting.”

Another challenge with implementing bias training is that biases are embedded within our culture. In another paper, we followed participants for several months after they participated in implicit bias training. Initially, they told us that learning about their biases motivated them to change their behavior, but they felt this was challenging to do. As we followed them, they began reflecting on their biases and channeling their frustration into actionable behaviors that they could change. Over time, they saw themselves as role models and became change agents within their workplace. Together, these individuals described themselves as co-constructors of social change.

So can we become consciously unbiased? The answer is not as simple as you may think. We encourage all educators to consider how they frame their interventions regarding implicit bias. If we want to address the harmful impact of bias, we must normalize bias. Having bias is not something that should make us feel ashamed or guilty. Nor should we push anyone towards toxic perfectionism.

Breaking bias cannot be accomplished without practicing self-compassion and self-forgiveness. We can strive for the best version of our self, while accepting that we will always be flawed. Always practicing; forever improving; never perfect.

Did you know that the Harvard Macy Institute Community Blog has had more than 150 posts? Previous blog posts have explored topics including creating new models for academic publishing, well-being in health care, and procedural competency. 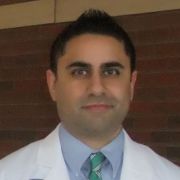 Dr. Javeed Sukhera, MD, PhD, FRCPC (Educators, ‘17) is an Assistant Professor and Interim Chair, Division of Child and Adolescent Psychiatry, Department of Psychiatry, Schulich School of Medicine and Dentistry at Western University in London, Ontario, Canada. He is also a Fellow, at the Centre for Education Research and Innovation at Western. Javeed’s areas of professional interest include implicit bias, mental illness stigma, and diversity/inclusion. Javeed can be followed on Twitter, LinkedIn, or by email at jsukhera@uwo.ca