Seriously? A Board game? 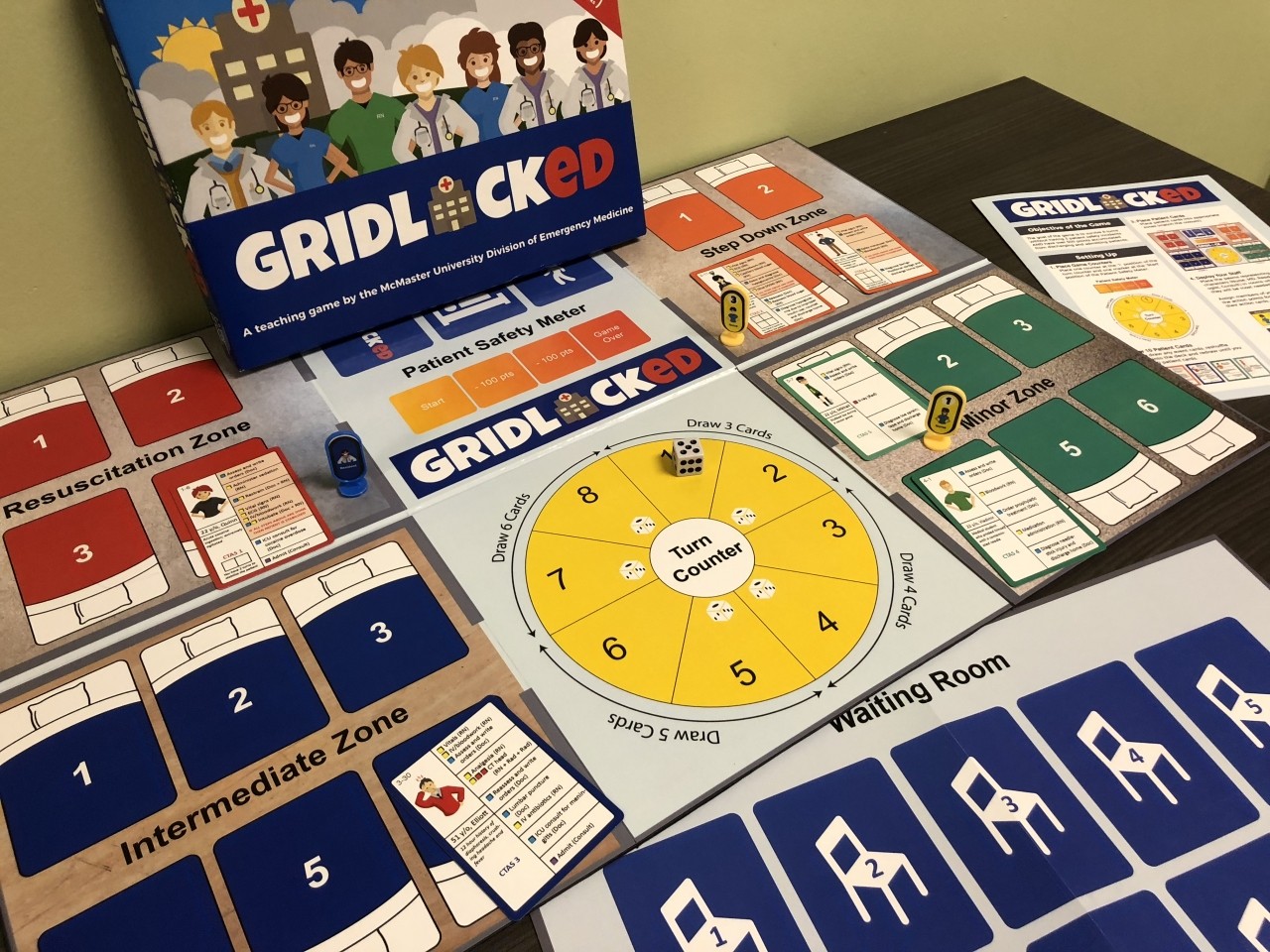 Candy land. Monopoly. Life. Scrabble. Risk. These are the games that we played as children, but they often engaged us in a way that is the foundation for learning. Engagement, after all, is a crucial precursor to learning since it allows educators to gain a learner’s attention. Games, however, do not need to be built for fun – they can be serious too.

The field of health professions education has begun to acknowledge the usefulness of gamification as a strategy to encourage engagement and even practice. Simulation is now a foundational learning modality in our field.

In between these two lies a genre of teaching that is defined as a serious game: “an interactive application that has a challenging goal, … incorporates some scoring mechanism, and supplies the user with skills, knowledge, or attitudes useful in reality.” Although serious games might also be fun to play, they are not designed with that specific end in mind. Emerging from the video game industry, serious games began entering into the professional world in the past decade. Among other things, serious games have been shown to predict skills with laparoscopic surgery and other non-technical skills.

In 2016, I was out for coffee with a colleague of mine (Dr. Mat Mercuri, PhD and methodology guru) who knew I was wrapping up my thesis. I had spent the better part of two years working on a project that explored how emergency physicians and their residents experienced, taught, and learned in busy, multi-patient environments (if interested, here is a blog post and the first and second paper). He astutely asked me, what was next on my docket in that line of research? I lamented that there were very few teaching and learning opportunities for junior trainees to truly understand what I did as an emergency physician – and that I wished there was a way to better communicate this.

Our conversation naturally drifted away from this topic, but somewhere along the way we started talking about getting together to play board games one night. It dawned on me – what if we could make a board game to help with the knowledge translation from emergency physicians to junior trainees? In emergency medicine, we already had a rich history from the disaster preparedness planning of using “table top exercises”, which are simulations that help administrators and physicians plan for disasters and mass casualties. However, these were still more simulations than games – they tended to mimic real life, and have a high level of cognitive fidelity (i.e. believability). And that’s when I realized, maybe we could emulate that style, but build something that was more akin to an abstraction with rules that could teach principles – a serious game.

A few weeks later, Daniel Tsoy (who was a first year student at our 3-year medical school, and newly graduated on May 24, 2018) approached me to work on a scholarly project. He chose to work on this board game, but requested to work on it with two other students, Paula Sneath (@SneathPaula) and Josh Rempel (@JoshuaRempel). We also recruited the Hamilton General Hospital Site Chief and program director of the Royal College of Physicians and Surgeons of Canada emergency medicine training program at McMaster, Alim Pardhan (@AlimPardhan). Later we recruited Simon Huang (@ThisIsSYMH), Eric Jeon, and Rebecca Dang who would round out our initial game development team.

The co-designed aspect of this game, we think, is why it tends to resonate with trainees and clinicians. We had a collaborative, multi-year, co-development team – which is why I think we have been able to take an ephemeral idea and bring it to fruition in about 20 months. This large team allowed us to complete over 50 cycles of quality improvement to land us at our final product. After a year of development, our prototype was presented initially at a number of national and international conferences, where it won several awards as an educational innovation. Generously, all of the developers have signed over their share of the profits to the Division of Emergency Medicine at McMaster University, which has established a dedicated research and innovation fund to help with future projects.

Ok, but how do you play the game?

GridlockED is a collaborative game where you work together as a team of players to save and care for patients. By role playing the work of nurses, doctors, consultants, and radiology team members, this game forces us to see the interprofessional nature of ED work. Each type of character can contribute to caring for a patient within their scope of practice.

The goals of the game are to “survive” the 8-turn shift, while keeping their “patients” safe. Players work together collaboratively to allocate “human” resources most efficiently to meet patient needs, caring for and then admitting or discharging as many patients as possible, while attempting to avoid causing patient safety events. It forces players to develop skills around communication (closed loop communication) and also systems-based care.

So far, the uptake from the global community has been amazing. Not a day goes by without us receiving excited tweets and photos from our fans around the world. We anticipate that there will be a copy of GridlockED on every continent except Antarctica by the end of the year.

You can find out more about the game on our website: http://www.gridlockedgame.com.

A paper about the GridlockED Game has recently been published in Academic Medicine. 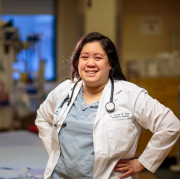 Dr. Teresa Chan, MD, FRCPC, MHPE, DRCPSC (Clin. Ed.) (Leaders, ‘15) is an assistant professor at McMaster University and serves there as the Program Director of the Clinician Educator Diploma program. Dr. Chan is interested in developing medical education innovations (and evaluating them). For instance, she has worked on a pre-cursor competency- based clinical education program called the McMaster Modular Assessment Program (McMAP), which began as a fellowship program but now is helping to inform best practices with Canada’s advent into the CBME. Her programs of research include two main areas: 1) contextualized clinical decision-making; 2) improving knowledge translation using education theory and innovation. She can be reached on Twitter @TChanMD or on LinkedIn.