Making Lemonade: Reimagining the Visiting Professorship during a Pandemic

Shrouded in tradition and long held symbol of prestige in academia, the Visiting Professorship has arguably lost its original purpose of furthering education, and rather has remained a vestige of academic notoriety and fodder for promotion. As such, and in particular in the setting of economic hardships, the Visiting Professorship has been diminishing in popularity, with the few major academic radiology programs who host Visiting Professors reporting hosting just a handful per year. However, the educational advantages of a lecture or a didactic case conference by physician subject experts from different institutions have been long documented and are in particular advantageous in a rapidly evolving field such as radiology. Thus, as the pandemic upended medical education everywhere and radiology case volumes have drastically dropped which significantly decreased radiology residents’ educational opportunities we sought to leverage the increasing widespread utilization of videoconferencing and reinvented Visiting Professorship in a virtual format.

I initiated the Virtual Visiting Professorship (VVP) in breast imaging at Weill Cornell in the hopes of connecting radiology programs and institutions across the country at a time when many felt isolated and disconnected. The structure of the VVP was similar to a traditional Visiting Professorship or Grand Rounds, with a structured lecture, the topic of which was selected by the speaker, as well as a pre-lecture virtual meet-and-greet question and answer session with the trainees and department of the host institution. The latter was included to simulate the dinner and casual professional discussion often held for the virtual professor in the setting of in person visitation. Unlike the traditional Grand Rounds for which the speakers are frequently nominated, selected and voted on by the host institution thus resulting in a selection of primarily senior radiologists, this VVP was specifically designed to allow the opportunity for invited speaking engagements to more junior radiology faculty who are subject matter experts or performing cutting edge research, however, have yet to reach national notoriety.

The benefits of such a national Virtual Visiting Professorship exchange were thought to be threefold:

Required resource investment was minimal given the virtual nature of the program for both the host institutions as well as the visiting professor. No travel and no significant time away is needed as the lecture and the meet-and-greet can be videoconferenced from anywhere. Similarly, the host institution would not need to invest funds to support travel, dinning and housing. However, to maintain academic credibility a traditional honorarium was encouraged.

To obtain widespread national radiology program participation, the program was pitched to the American College of Radiology Screening Leadership Group (SLG) which includes Breast Imaging leader representatives from across major US Academic and Private practice radiology groups. With unanimous interest from the SLG, the program was launched. To minimize logistical challenges of the exchange, radiology programs interested in the VVP were paired based on the goal of increasing diversity of populations served for the pairings. As such programs in the Northeast were paired with programs in the Southern US, while programs in West were paired with the Midwest. This resulted in 16 pairings. Each pairing was encouraged to have at least two VVP exchanges.

Six months since its start, the program yielded 6-20 VVP exchanges per pairing. The feedback from both programs and speakers has been overwhelmingly positive. Institutions noted a great diversity of speakers and topics with increased engagement and excitement by both residents and medical students. VVP speakers noted that the program not only allowed for a platform to connect with colleagues and expand their network, but also a great way to “open the world of academic radiology” to junior faculty.

To further the educational reach of the program and highlight the lecturers as potential speakers, the ACR recently began to collect the VVP lectures (which were recorded by the host institution with the permission of the speaker) for a recorded video library.

Although in its nascent stages, the VVP in breast imaging has already demonstrated educational and academic benefits in medical education, arguably recapturing the original purpose of the Visiting Professorship - that of disseminating knowledge and new and diverse approaches to medical practice.

Did you know that the Harvard Macy Institute Community Blog has had more than 260 posts? Previous blog posts have explored topics including building a culture of caring, making positive feedback truly positive, and using rapid prototyping to establish virtual interprofessional communities of practice. 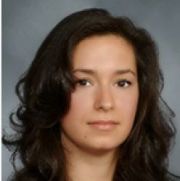 Katerina (Katia) Dodelzon, MD (Educators ’20) is a medical educator and Breast Radiologist. Katia currently holds a position as Assistant Professor of Radiology at Weill Cornell Medical Center at NewYork Presbyterian in New York City and is the Associate Program Director for the Diagnostic Radiology Residency program at Weill Cornell. Katia’s areas of professional interest include curriculum development, communication-skills education, and increasing diversity in medicine. Katia can be followed on Twitter and/or email.