It’s a beautiful Wednesday in Boston, and, more importantly, day four of the 2017 edition of the Harvard Macy Institute: Health Care Education 2.0 course. My feelings of imposter syndrome are just starting to fade as the faculty and scholars, leaders in and pioneers of medical education from around the world, welcome me, a medical student and millennial, into their ranks. Powered by a shared desire to improve medical education, inspiring company, and, of course, plenty of coffee, we are all discovering how technology can enhance the way we learn and teach. But for just a brief moment, I wanted to take a step back and think about our audience, the end-user, the learner, and share my personal take on how the idea of “digital nativism” has impacted my journey through medical education so far.

Although the underlying concepts were introduced by Tapscott in 1998 and his “Net Generation”, it was not until Prensky published his highly cited 2001 article, “Digital Natives, Digital Immigrants,” that the concept of digital nativism really caught fire. Prensky proposed that individuals born in the early 1980s onwards “think and process information fundamentally differently from their predecessors” (p. 2) as a product of being raised in the era of internet, social media, and other developments of the digital revolution. This argument appealed to educators facing challenges in the classroom, challenges which seemed to originate from their student’s digital immersion, and sparked a movement to fundamentally change education to meet the new demands of digital natives.

However, more recent literature suggests that such sweeping generalizations regarding a generation’s aptitude for technology were grounded in common-sense arguments and anecdote, and similar conclusions are not reflected in empiric evidence. In a review published by Bennet et al. in the British Journal of Educational Technology in 2008, you can see the changing face of this argument. She suggests that “there is as much variation within the digital native generation as between the generations,” (p. 779) and that factors like socioeconomic status may play an equal or larger role than age when determining digital competency and comfort with technology.

Below are some observations on how the concepts of digital native and digital immigrant have played into my undergraduate medical education.

The dangers of catering to the “digital native”

In my first year of medical school, Vanderbilt implemented iPads in the anatomy lab as a supplement to or even replacement of paper anatomy atlases and dissectors. The motivation for this change came out of a pilot study done by students the previous year who had brought in their own iPads to the anatomy lab and used them during a dissection. While the pilot study yielded promising results, the data collected after a year of fully-implemented iPads was less exciting. It was clear upon review that students avoided using the iPads because they were either not comfortable with the iOS interface, not familiar with the apps (Netter’s, Visible Body 3D), or there was some other technology-intrinsic barrier. Comparatively, the pilot study had been done using personal iPads, meaning the subgroup of students involved were familiar with basic iOS functionality which necessitated a much lower activation energy to incorporate the iPads into their learning.

This situation exemplifies the perils of catering to the “digital native.” As Bennet explains, if some baseline of digital competency is assumed in a generation of learners, we end up “focus[ing] attention on technically adept students. With this comes the danger that those less interested and less able will be neglected.” (p. 779)

Apprehension is the enemy of exploration

Despite ubiquitous engagement with internet, social media, and mobile devices, many millennials do not have a deep understanding of the capabilities and limitations of the technology, as exemplified by the iPad study above. This lack of understanding can limit a student’s ability or willingness to experiment with technology, particularly when a mistake with the technology might permanently mar their academic record. The combination of high stakes interactions with technology – i.e. electronic assessment – and limited time dedicated to learning the technology itself can transform a purported digital native into a technology averse digital immigrant.

Although this comes from someone with minimal expertise and a dearth of educational experience, I encourage faculty to find a way to empower students to explore the technology they implement. Protect the students’ time and lower the stakes. Let them ‘trial’ the tool without fear of damage caused when they ‘error’, and give them context to understand the scope and impact of their interactions with that technology.

User-centered design, failing fast, and the importance of boots on the ground

If there is such diversity in the digital competency of the students you are educating, how can you possibly implement a new piece of technology that properly meets the heterogeneity of digital fluency? Well, one way to approach this is through a user-centered design process (UCD). UCD puts the end-user, the student in this case, at the center of how a new tool is designed or implemented. UCD also works will with a failing fast mentality, or, in other words, quickly determining if an idea or plan will fail by investing only the minimum amount of resources.

In the case of education, UCD and failing fast can be facilitated by bringing students into the design and implementation process early and often. At Vanderbilt University School of Medicine (VUSM) we have accomplished this through the formation of a Student Technology Committee. The committee is composed of students, universally passionate about the use of technology in education, who interface with the administration to advise on new institution-level technology endeavors. Committee members act as boots on the ground, providing a direct connection to the pulse of the medical student body when it comes to comfort with and utilization of implemented technologies. This group has played an integral role in assessing and revising the complex learning management system implanted as part of the new VUSM Curriculum 2.0.

A penny for your thoughts

What do you think about the reality of digital natives versus digital immigrants? Is there truly a generational divide as Prensky proposed? Or are there more important factors at play?

Reply to these questions with a comment below, or feel free to reach out to me on social media. I look forward to hearing from you!! 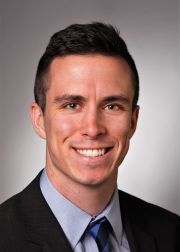 Julian Genkins is a fourth-year medical student at Vanderbilt University School of Medicine and a faculty for the Harvard Macy Institute Health Care Education 2.0 course. He has a background in computer science and software development, and a passion for using technology to solve problems in the realm of education and beyond. His professional and research interests include internal medicine, critical care, biomedical informatics, and human-computer interaction.