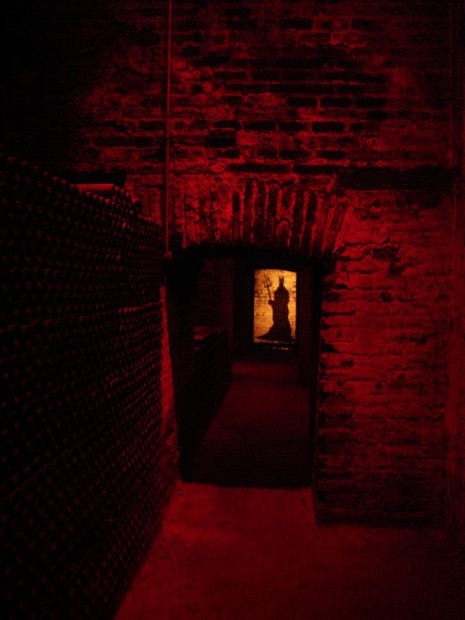 But if I had stayed in bed I would have lost the chance to participate in the amazing session of Bob Kegan.

I think we all know that we have "Demons in Our Minds": the beliefs, assumptions and worldviews that are counterproductive, unrealistic, or maybe even downright ugly. Some of the times we aren't aware of them; and in some other times we may be aware of them, but they seem too evil or too ludicrous for us to ever admit that we have them. Bob's session does a good job of shedding light on them and helping us accept them. But personally I think the most important parts of the session are probably how it liberates us from our own inner demons and helps us get rid of them.

About a year ago (not during Macy) I had a horrifying realization about two of my inner demons: I realized that I was more misogynistic and more xenophobic that I had thought. It came to me because I was thinking about how my kids would grow up and eventually have their own families. At one point I realized that I would be ok with my son getting married to someone who is not from Chinese descent; but I would not be so thrilled about my daughter doing so. Why was that?

I then proceeded to have some deep personal conversations with my inner self to seek out the reasons. And I believe the reasons were twofold. First, I must have had the belief that people from Chinese descent were inherently better than others. Second, I must have had the belief of male dominance, and thus it would be fine if my son was to marry a foreigner, since she would be under his control.

These thoughts are nothing short of terrible and shameful. But Bob's theory says that these were not deliberate products from my mind (i.e. I did not intentionally choose to be misogynistic or xenophobic); rather, they had been produced by various factors and experiences throughout my life, many of which I had had no control over. I also did not "have" those thoughts; instead, they "had" me.  And probably most important, it was now possible for me to find solutions. Bob was not kidding when he said that bringing these assumptions out in the open should be considered a good thing because only then would we be able to come up with ways to fix them.

And fix them I did. I had to go through a few weeks of emotional turmoil while I tried to reconcile conflicting thoughts and move myself from the person that I was to the person that I wanted to be. I had to experience a mix feeling of guilt, shame, fright, frustration and desperation in the process, but eventually I managed to resolve the conflicts and move past them. If someone comes up to me today and ask me who my kids can marry, I will say with 100% certainty that they can marry whomever they choose, and they will have my full support. While it's possible that I still have some remnants of misogyny and xenophobia in me, the difference is that I am now ready to face them and deal with them.

So to those of you who might think that your hidden assumptions are too absurd or too horrible to admit, keep your chins up. I see the process of admitting that you have them and then fixing them as akin to stepping up to face the bullies at school and telling them to their faces that you will no longer submit to them - which is an act of bravery and responsibility rather than an act of weakness or humiliation.